I’ve known Todd since middle school. Back when we were both skinny little twerps sitting silently on the school bus, staring out the window watching the cows go by. He’s been a great friend through the years and he’s just a darn good person. One evening I was in day three of self-imposed isolation…not because I’m a total freak, but because I had an insane amount of to-dos on my project list. Todd, probably feeling sorry for me, brought his work-his painting-to my house and set up camp in my kitchen. We both worked, in separate rooms, shouting the occasional obscenity and laughing.  It was nice to have another living, breathing, adult in my presence for a bit. Not to mention he’s creative and extremely talented. 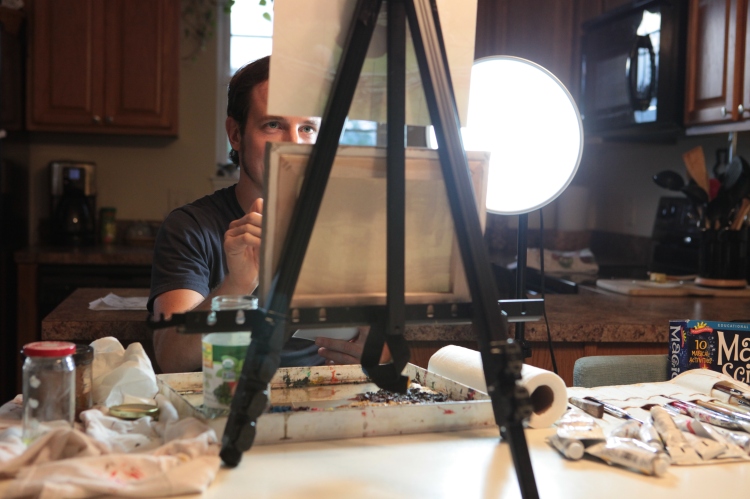 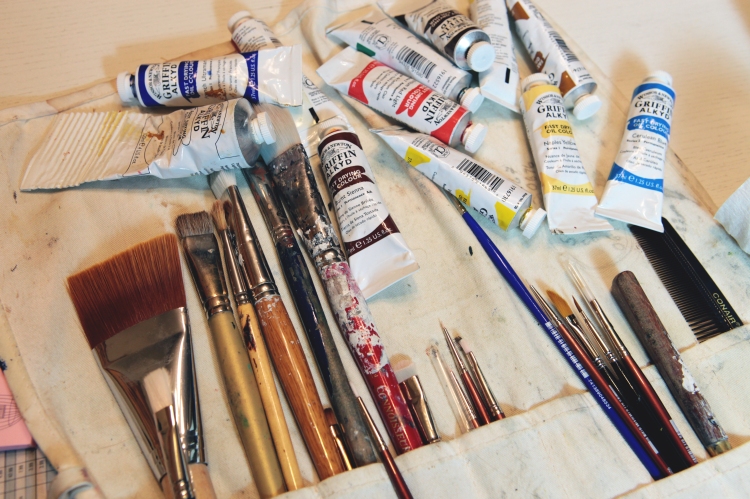 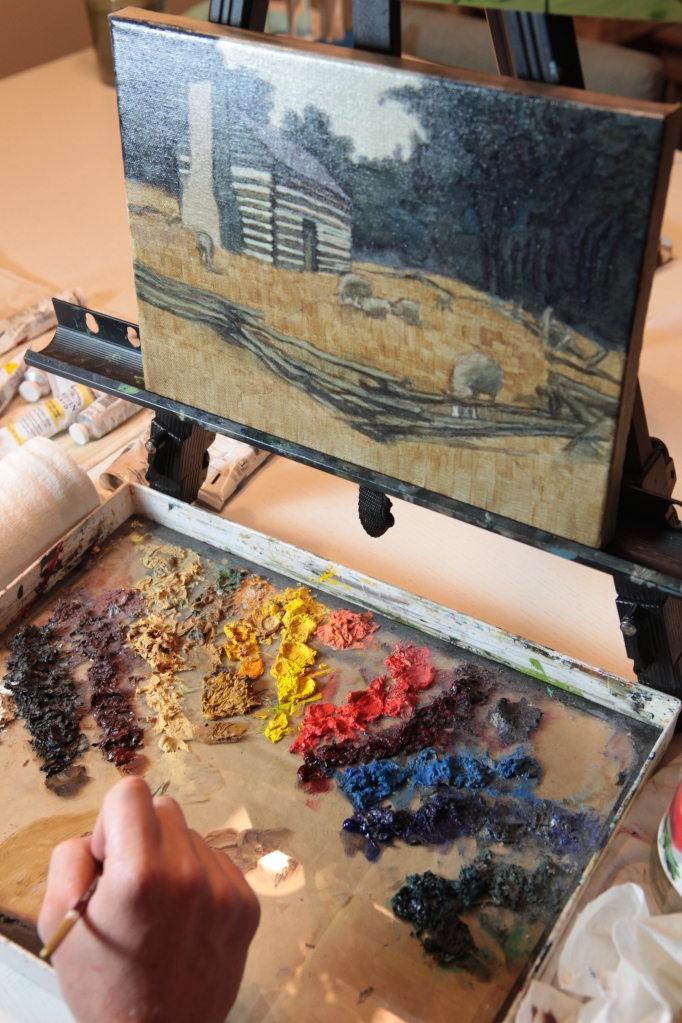 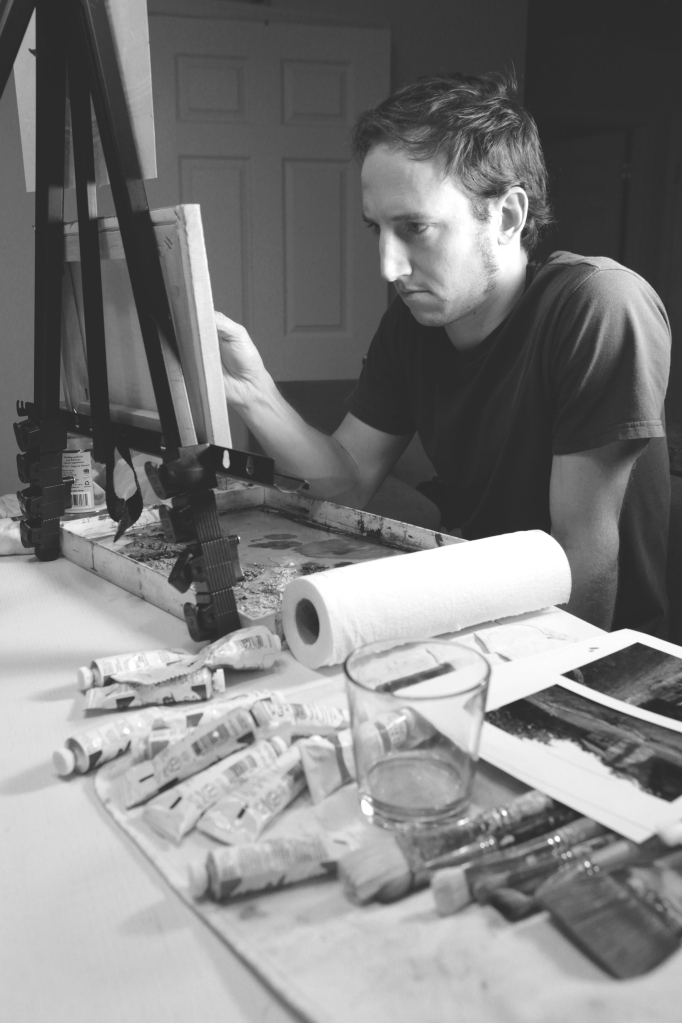